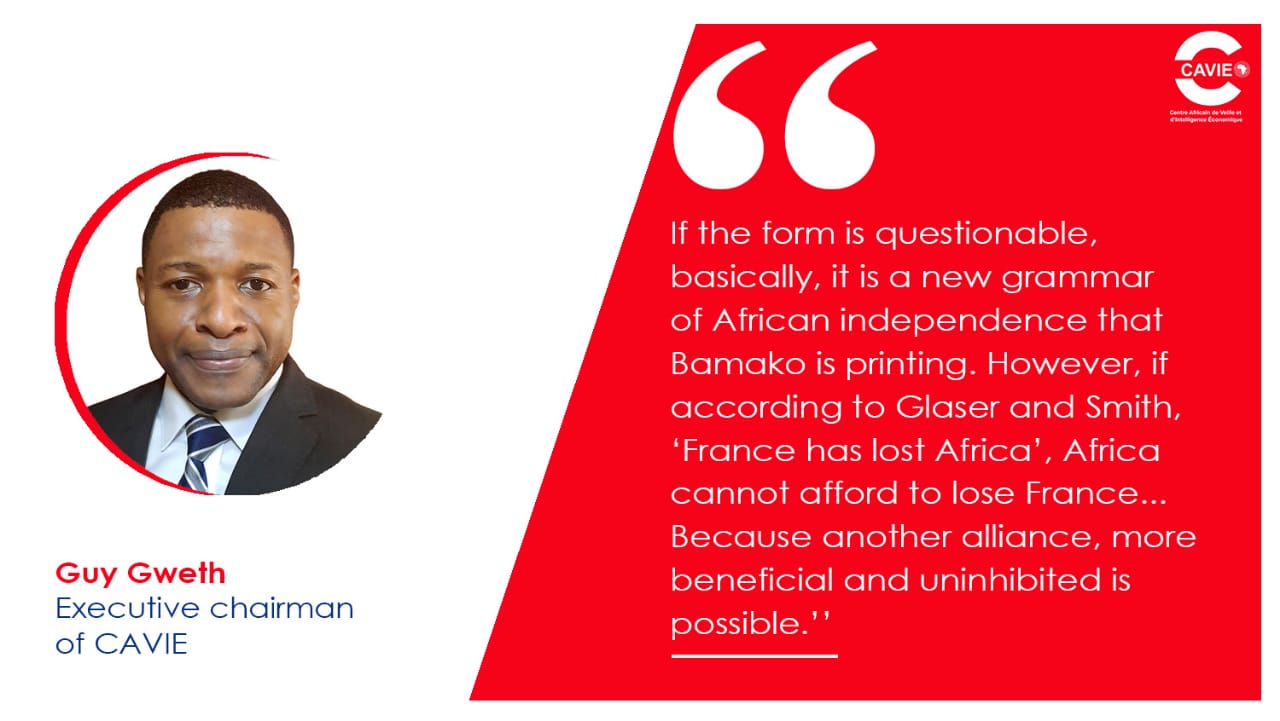 As Special guest of ChinForm agency, Guy Gweth, the founder of Knowdys Consulting Group, consulting in Economic Intelligence and due diligence on African markets, intervened on March 09, 2022, in Paris, to decode the new China-Business Africa, on the occasion of a dinner-unfiltered debate.

For those who also hold the presidency of the African Centre for Competitive Intelligence, “it would be a monumental mistake to continue to read the China-African cooperation with the glasses of 20 years old, as the field and real politik have forced both sides to major readjustments (…) A new reading grid is imposed on African-decision makers.”

As a prelude to his speech, the speaker noted that “if on the form, the relations of friendship and cooperation between the brother peoples of Africa and China are at the heart of the matter, the DNA of the White Paper published with the good care of Beijing to frame them has literally mutated over the past ten years, moving the lines of force drawn from Bandung.”

According to the speaker, “the new China-Africa is that of lost illusions (…). Like a weary and dispassionate couple, it swims in its deepest contradictions, without seeking to please or displease. Realistic, it can be hot and cold, friendly and brutal, all at once.”

Guy Gweth is the Director of the Field Offices of the Federation of German SMEs (BVMW) in Benin, Cameroon, Gabon and Togo. In addition to being the founder and Chief Operating Officer of Knowdys Consulting Group (KCG) and President of ACCI, he has served as Manager of the “Doing Business in Africa” programme at  Centrale Supélec and Emlyon since 2012.

Facing the COVID-19: the true face of decision-makers in Maroc Diplomatique n°43