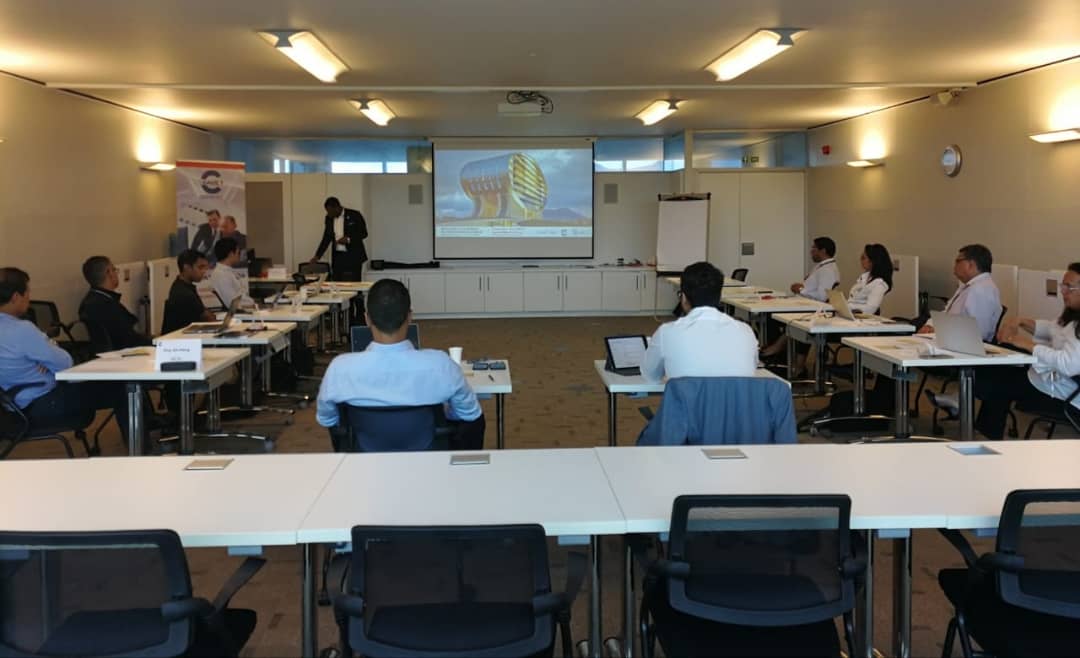 [CAVIE-ACCI] The Mauritius Commercial Bank (MCB), leading bank in the Indian Ocean, has called on the president of the African Centre for Competitive Intelligence (ACCI) for a specific purpose. The 180-year-old group, which stands as the future “Bank of banks” in Africa, was keen to strengthen its capacities in economic intelligence and due diligence.

Within ACCI’s range of high value-added courses, MCB selected the “Economic Intelligence and Due Diligence in Africa” module, abbreviated to EIDDA. This highly practical module provides proven methods and tools for investigating, monitoring and deciphering African markets in their various aspects. Working from solid criteria, the module offers an independent view of the best destinations according to the profile, context as well as short, medium and long term objectives of the companies.

Moderated by Guy Gweth, Executive Chair of ACCI and founder of Knowdys Consulting Group, at the MCB headquarters in Port Louis, capital of Mauritius, from 17 to 18 March 2020, the intensive and certified training session brought together 11 executives involved in due diligence, compliance, strategy, economics, business development and private banking. The session, which included lectures, feedback and practical case studies, dealt with practical exercises tailored to the realities and needs of MCB, with ACCI certification awarded to outstanding candidates.

The MCB Group is an integrated financial services banking institution offering adapted and innovative solutions through its local and international subsidiaries and associate companies. Established since 1838, the MCB Limited has consolidated its position as a leading player in the banking sector at the national level thereby playing, over the years, a key role in promoting the socio-economic development of Mauritius. Guided by its diversification strategy, the MCB Group has become an increasingly important player in the region and beyond, while at the same time expanding its activities beyond the banking sector. It now aims to become the “Bank of African banks”.

Established on 3 August 2015 in Yaounde – Cameroon, with the aim of contributing to the competitivity of States and companies operating in Africa, the Centre currently covers 38 countries. Some of its references include the Presidency of the Republic of Côte d’Ivoire and that of Togo, the Ministry of Foreign Affairs of Benin and that of Tunisia, the National
Assembly of Cameroon and that of Congo, the Higher State Control of Cameroon, Barry Callebaut, ENEO, the Breweries of Cameroon (SABC), the National Petroleum Company of Congo, SCTM, the Douala Autonomous Port, Chanas Assurance, Crédit Foncier du Cameroun, Afriland First Bank, Axys, Trimetys and now Mauritius Commercial Bank.

Contribution of German Enterprises to the Industrialization of Africa