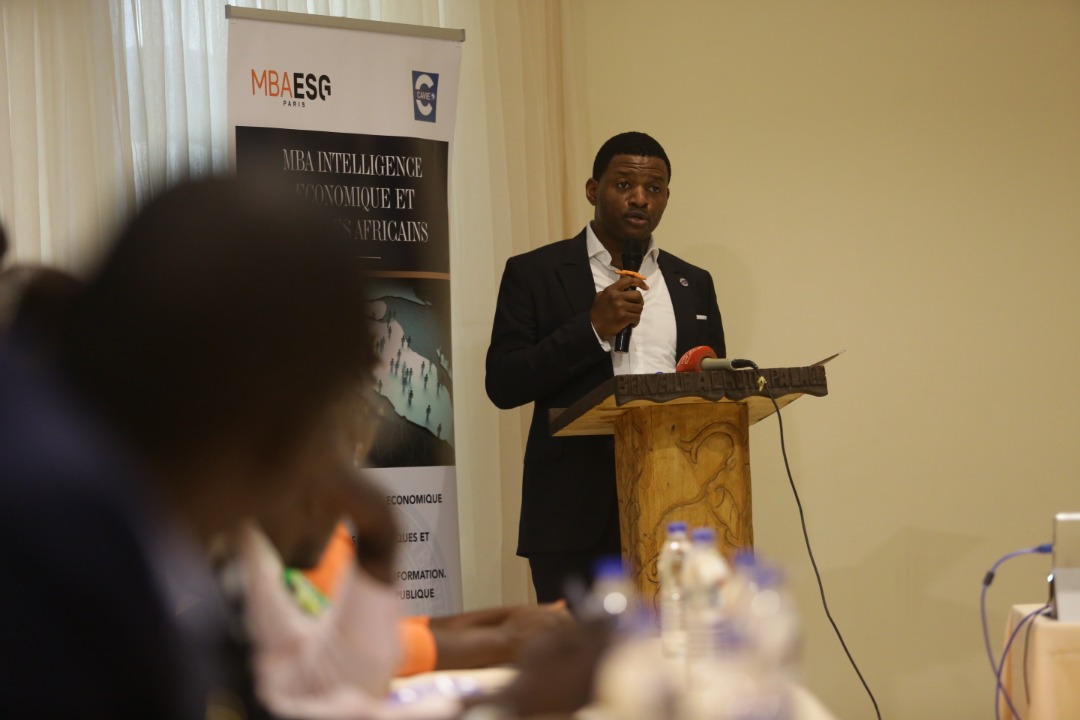 The African Centre for Competitive Intelligence (ACCI) launched its online training courses to the benefit of the Mauritian groups Axys and Trimetys on 19 March 2020 in Port Louis. Developed by Guy Gweth, tested and approved by senior professionals, the five intensive and certified e-programmes are designed to support the strategy of African companies in perfect security, alertness and competitiveness.

The first: e-AMMI = Africa Market Monitoring and Intelligence. It provides the keys to monitor your business sector in Africa 24/7: from legislation to competition, including new entrants, prices, mergers, acquisitions or potential bankruptcies. What makes ACCI’s unique added value is the combination of electronic monitoring and human intelligence.

The second: e-IPDA = Influence of Public Decision-Making in Africa. It equips and sharpensthe capacity of companies to escape market standards and to co-produce them. This is because the current international economic war is above all normative.

The third: e-EIDDA = Economic Intelligence and Due Diligence in Africa. It enables companies to protect themselves from any risk of fraud and/or damage to their reputation in markets, where the implication of public officials and politically exposed personalities in business, corruption, money laundering, legends and other forms of double accounting are faced with international sanctions, rendered more ruthless by extraterritoriality.

The fourth: e-EMPC= Enhanced Methods and Practices for Compliance, provides the means for companies to keep abreast with the standards and best practices applicable to their activities. The ACCI contributes to transforming them from stress-generating points of tension into competitive vectors in a complex and/or hostile environment.

The fifth: e-OTIFA = Tools and Techniques for Financial Investigations in Africa, prevents companies from succumbing to organised crime, cybercrime, financing of terrorism, embezzlement of public funds, the informal economy or money laundering. Once again, African markets are unique.

Mauritius’s Axys and TRIMETYS companies are the first to benefit from ACCI’s online training courses. Axys is a financial services group based in Mauritius, with over 25 years of experience. It started its activities as an asset management company in 1992 and, over the years, has diversified its services. Via its subsidiaries, it is now present in Switzerland, the United Arab Emirates, Kenya, South Africa, Hong Kong and Brazil. It offers a wide range of financial services such as Asset & Wealth Management, Corporate Services, Corporate Finance, etc. Trimetys on the other hand, is a family-owned conglomerate that has significant urbanizable land in several parts of Mauritius. For nearly 20 years now, the company has been building major projects, such as the Smart City in Tamarin. The Group also covers the agri-food, education, tourism and leisure sectors.

Established in August 2015 in Yaounde – Cameroon, with the aim of contributing to the competitivity of States and companies operating in Africa, the Centre currently covers 38 countries. Some of its references include the Presidency of the Republic of Côte d’Ivoire and that of Togo, the Ministry of Foreign Affairs of Benin and that of Tunisia, the National
Assembly of Cameroon and that of Congo, the Higher State Control of Cameroon, Barry Callebaut, ENEO, the Breweries of Cameroon (SABC), the National Petroleum Company of Congo, SCTM, the Douala Autonomous Port, Chanas Assurance, Crédit Foncier du Cameroun, Afriland First Bank, Mauritius Commercial Bank most recently Axys, Trimetys.